Communicating with clients from Planfix

The wide range of Planfix integrations for messengers and social media let you communicate with third-party users (including clients) in the following way:

This allows you to seamlessly process all messages received from any channel in one central location, the Planfix interface. At the same time, the client will continue communicating with you using the messenger or social media page, with no reason to believe you're not doing so as well.

When a client writes to you, Planfix automatically creates a contact card for them that contains their name and their username or ID from the channel they wrote to you from. That said, the link to the channel isn't set at the contact level; it's set at the task level.

Users who are accustomed to using Planfix with apps or services that can have multiple "threads" or conversations, such as email, may want to use a similar approach when communicating with a client from a chat or messenger. The idea is that they'd like to discuss specific questions in their own separate tasks and then use the different Planfix tasks to send messages to the client's messenger or chat app.

However, this idea doesn't take into consideration the main difference between chats/messengers and email — email allows for multiple threads of communication between the same people, but chats/messengers don't. They see all of your communication in one chat/messenger thread on the client's end, and they can't separate this thread into multiple ones. This limitation is why we use integration differently in these cases and carry out all communication with contacts from outside sources within one Planfix task.

There are two important reasons for this different approach:

Reason 1. This is the only way that the employee responding from Planfix will see the same thing the client sees in their messenger. This forces the employee to just respond and give a description of the question they're responding to, using quotes, highlights, mentions, etc. This gives the client an understanding of the context the response fits into, and they can have a productive conversation.

If Planfix offered the ability to communicate with one contact separately in different tasks, the employees responsible for each specific task would send messages related to their own task, without considering that all of their messages are being sent to the same thread on the client's end. The messages from one task would be randomly mixed up with the messages from the other tasks. This would inevitably lead to confusion. The client wouldn't be able to figure out which of the questions at hand each message (sent from Planfix) corresponded to.

To illustrate this scenario, let's take a look at how the same conversation looks with the current Planfix framework and how it would work if we allowed separate conversations to take place in separate tasks. 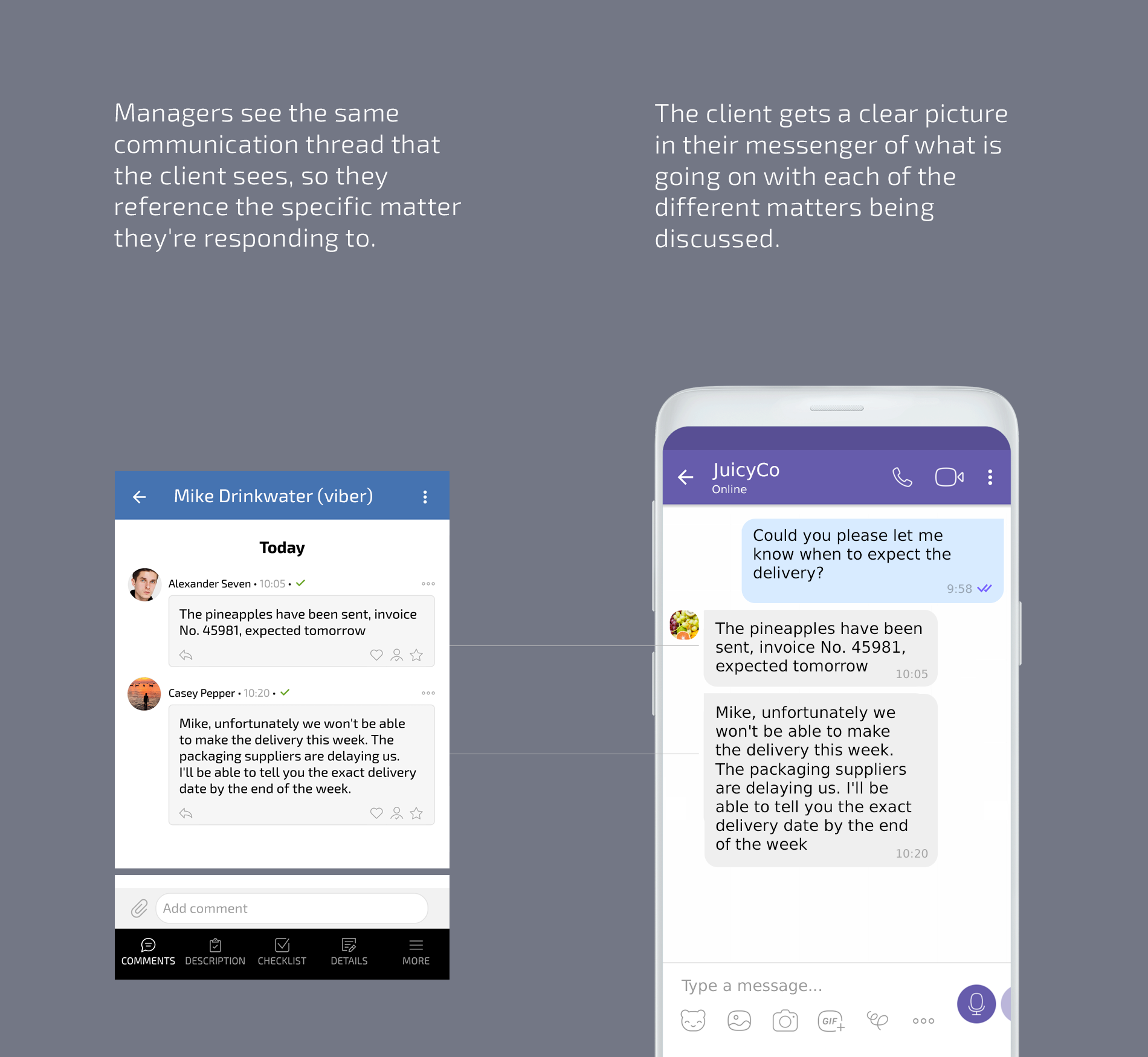 If communication with a client in a chat/messenger were separated into several Planfix tasks, it could lead to the following scenario: 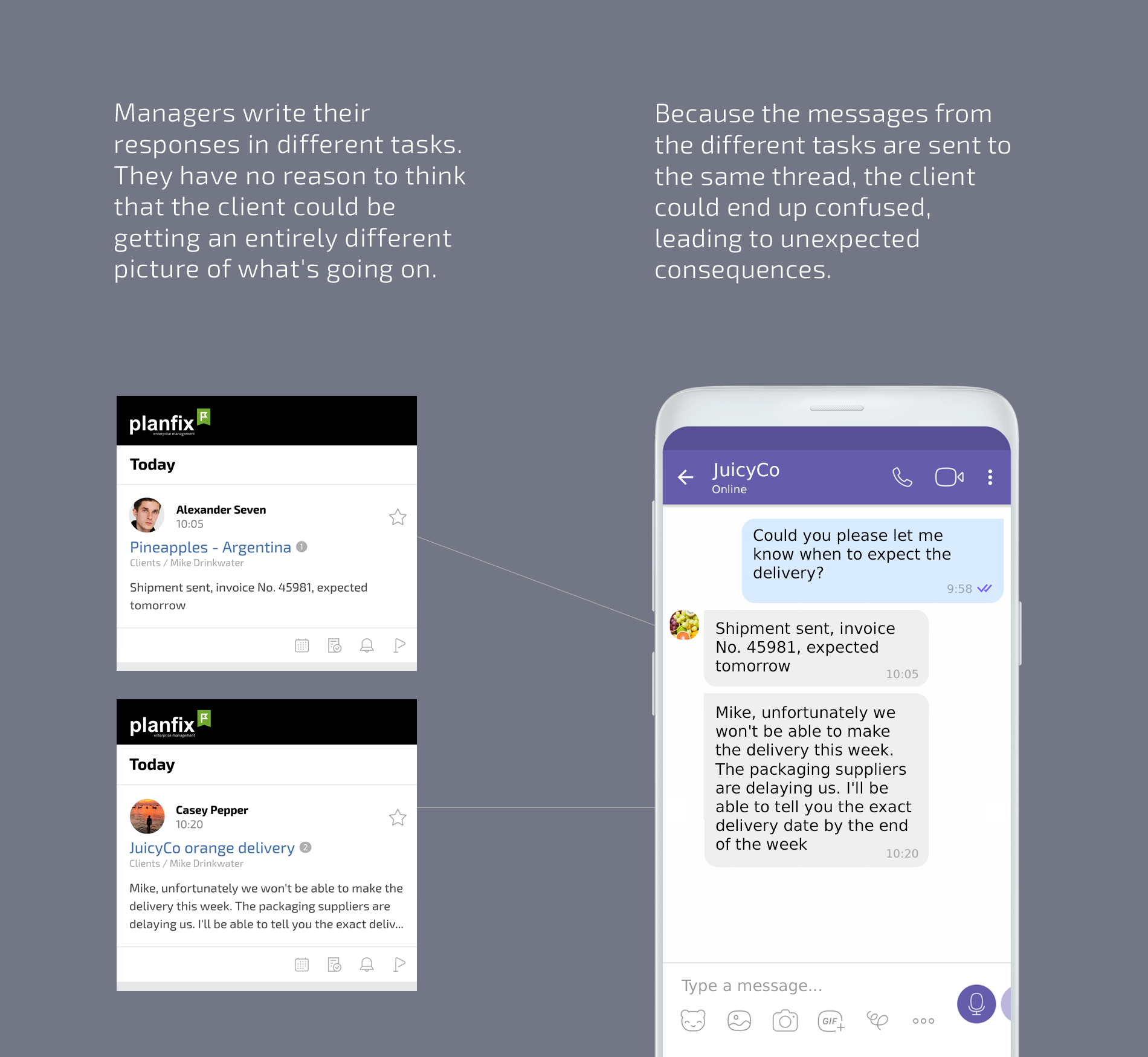 These restrictions prevent us from separating a conversation with a client from a chat or messenger into multiple Planfix tasks.