With Planfix, you can create chains of tasks that assignees will see and complete sequentially. The main benefit of sequential tasks is that the entire chain is stored as drafts until the appropriate time, so "future" tasks don't clutter up assignees' lists. This keeps employee workspaces simple and clear. 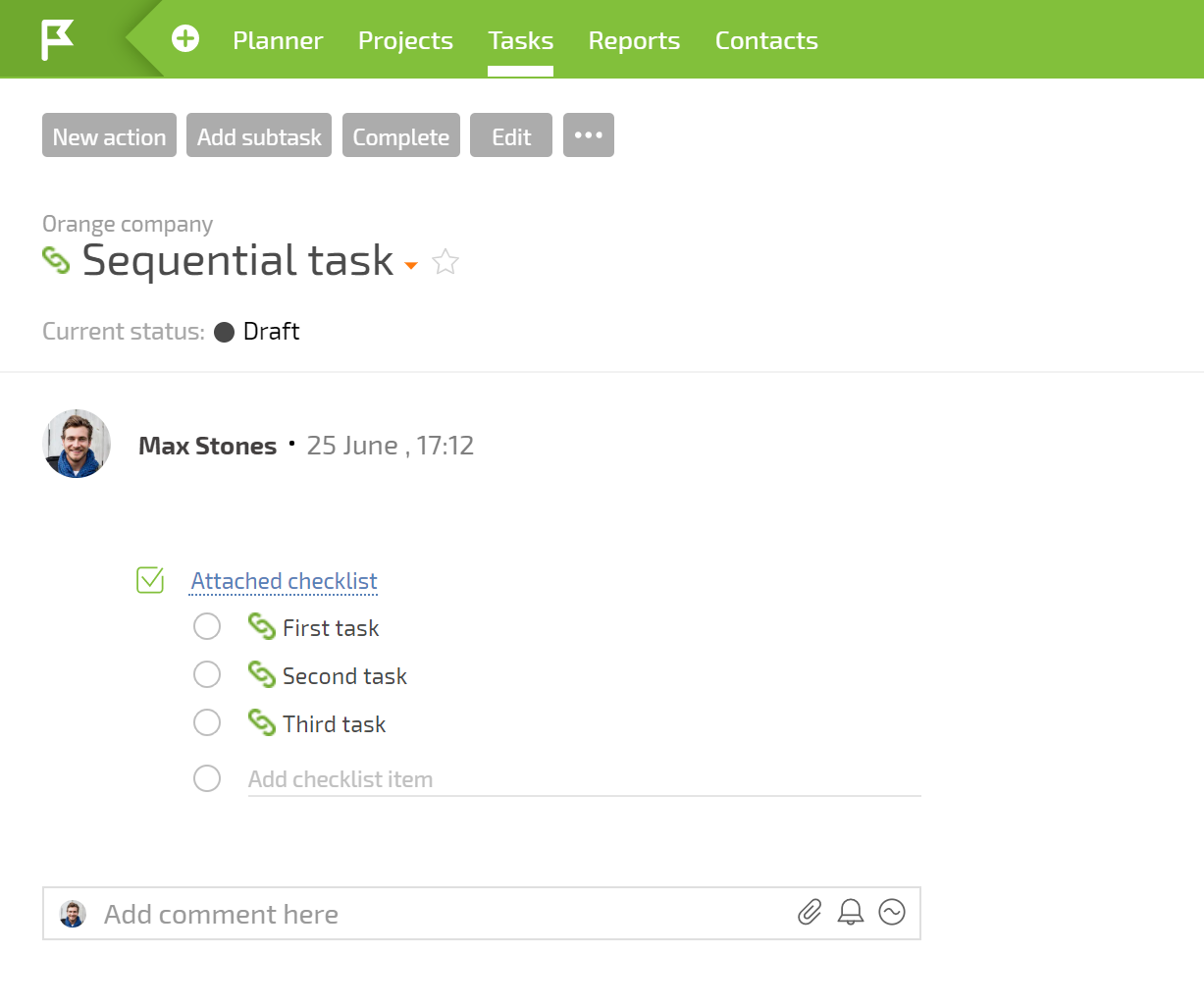 Tasks should have the status Draft if you don't want them to be available to assignees ahead of time.

Creating a chain of sequential tasks

It's best to create the chain starting with the root task: 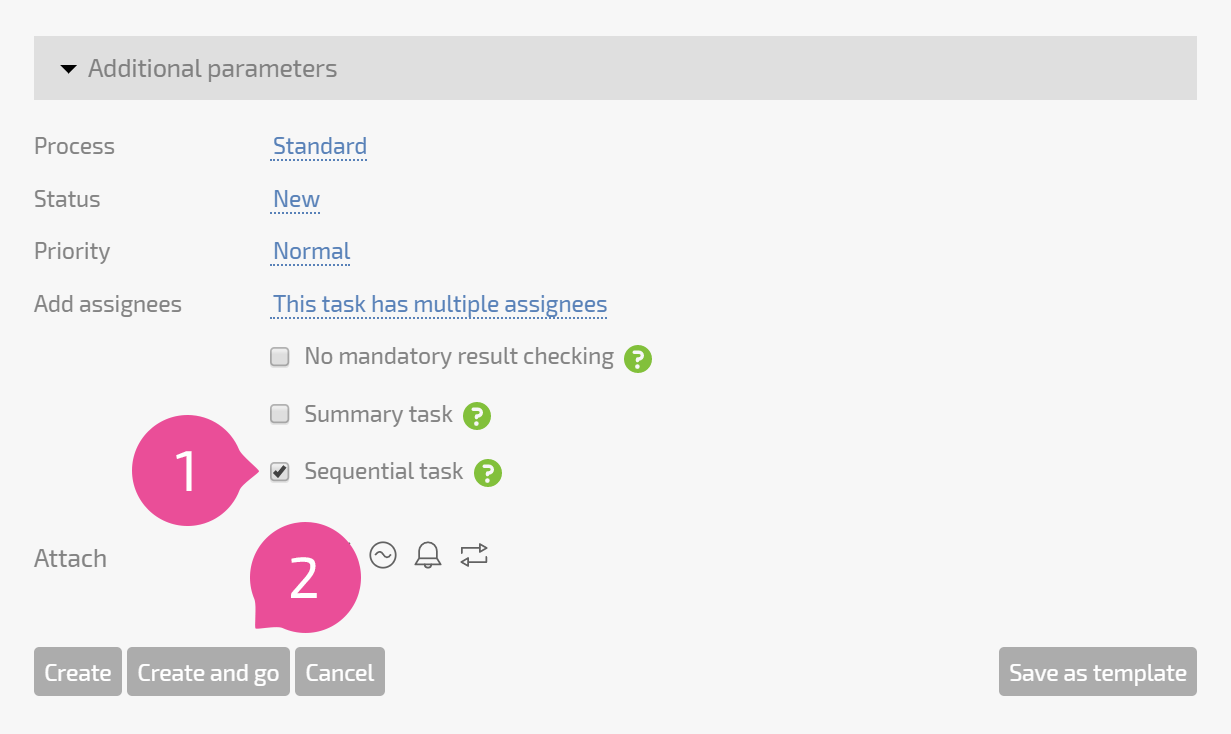 Subtasks can be created within the parent task using the full form or using quick create in the "Subtask" panel:

To start the completion of a chain, all you have to do is change the status of the root parent task to New: 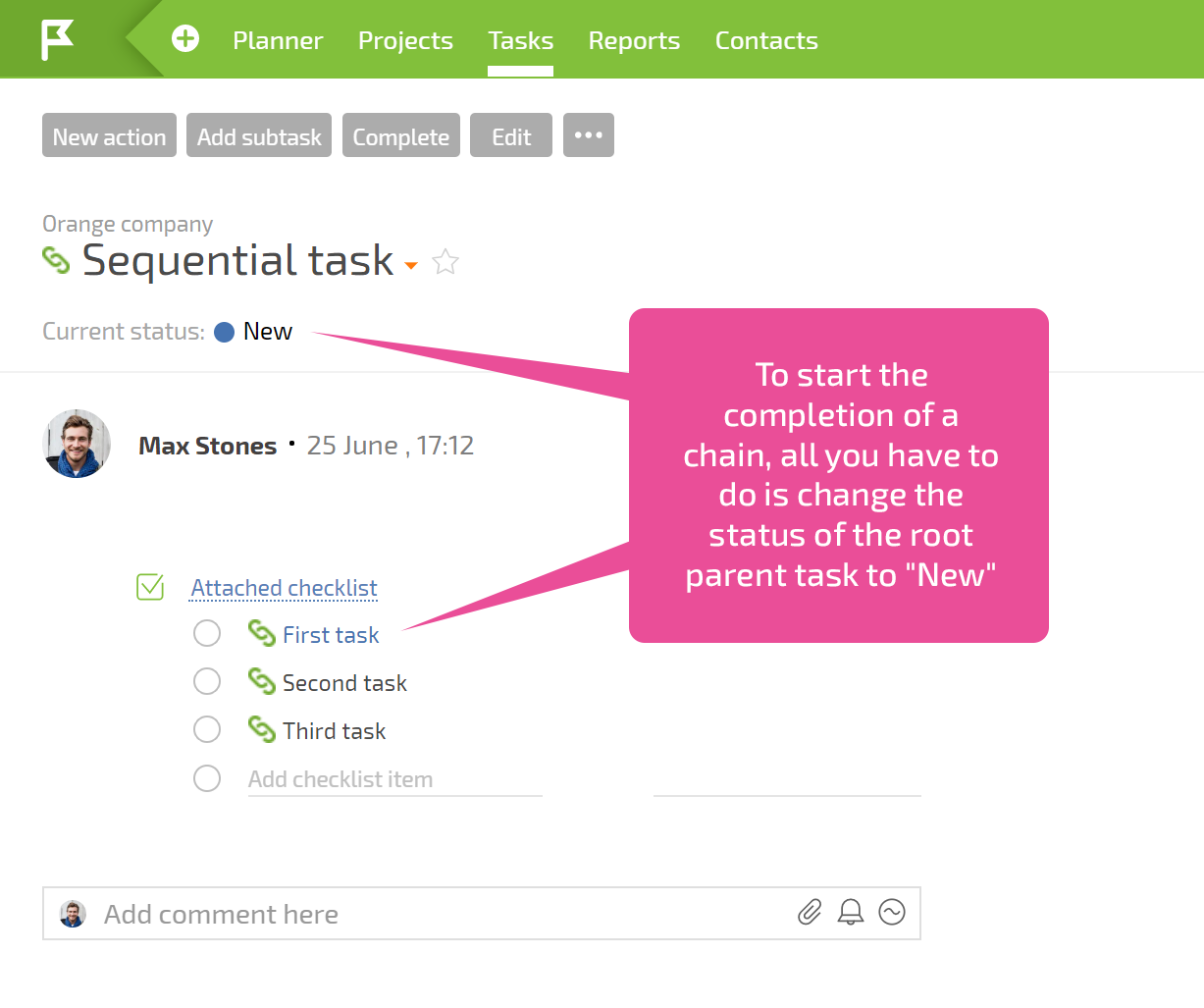