There are two methods for importing projects into Planfix:

1. When importing tasks, if one of the columns in the source file contains a project name, a project with this name will automatically be created and the task will be moved to it.

2. You can also import just a list of projects and data, without tasks. This method is preferable when you need to import project-level data from outside Planfix. For example, you may need to set a project counterparty or set a description for them. This method is described below. 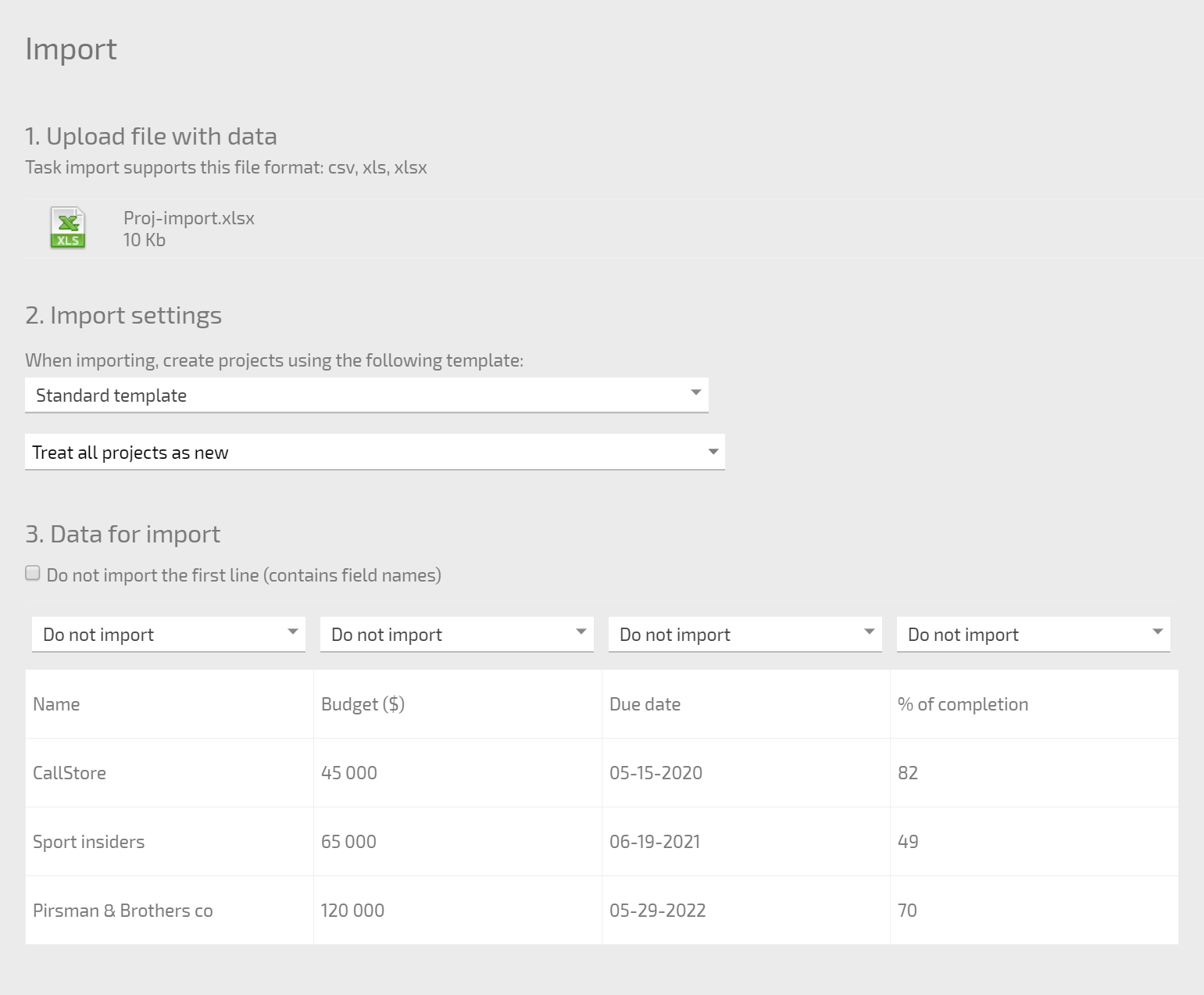