Setting a language for an employee affects:

When creating an employee, select the desired interface language for them in their card: 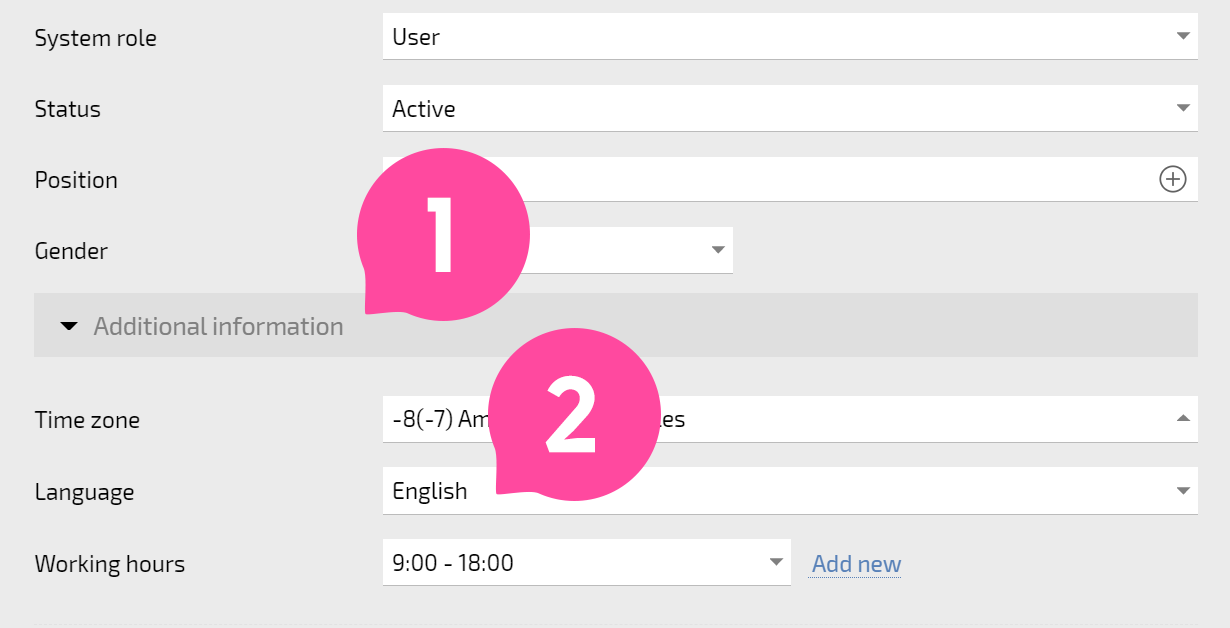 This ensures that the employee will receive their Planfix invitation in the appropriate language.

Interface language can also be changed in the Settings tab of an employee's card: 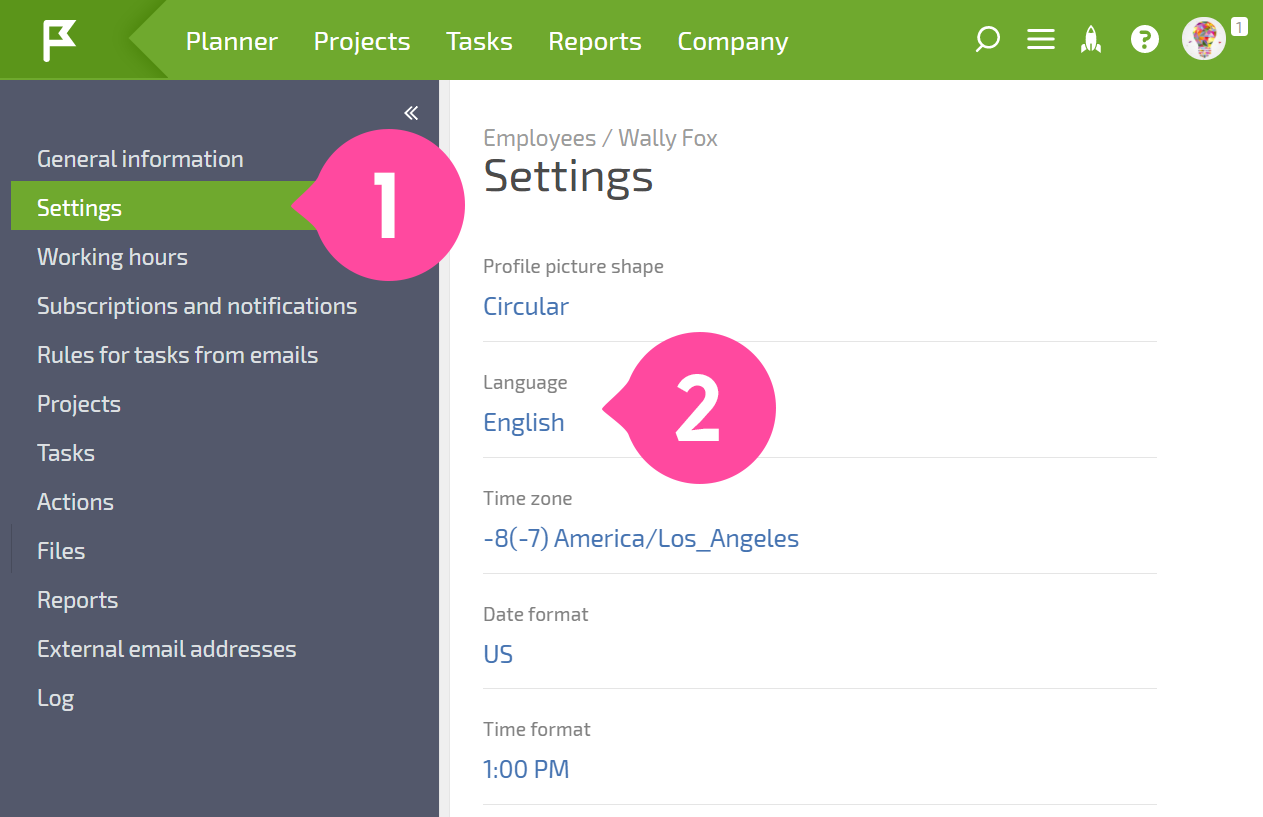 Once changes have been saved, the employee will start receiving notifications in the new language. The interface language will also change.

Since Planfix contains a wide variety of settings, there are several things to keep in mind when using multiple languages to guarantee that all the employees in your account will use the interface with ease. It's important to note that changing the language affects the interface's text but not the content added to the system.

Let's say you created a filter called "Overdue tasks" and gave access to it to all employees in your account. Your Russian-speaking colleagues will see the English name for this filter in the list of their own filters, and this could lead to confusion.

When working in an account with users who use the interface in different languages, you should be mindful of how shared objects are named. Either agree on a single language used for shared object names or do not grant access to an object if a user doesn't speak the language it's named in.

The list below will make it easier for you to identify places where it's possible for users to find content in languages they don't understand: